Lake Sumter State College is a school that upholds professionalism, along with friendly staff members that treats the student body with respect and understanding. However, in the past semester, the faculty and students have begun to wonder if the school is getting too professional. The administration staff is beginning to make strict rules regarding student activities and the college as a whole. One of the new rules involves pizza delivery vehicles to show their car insurance when they deliver pizzas for student events. 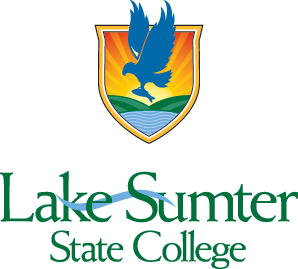 Lake Sumter’s SGA officers had a few words to speak about this current situation. South Lake’s SGA President, Kaitlin Canterbury, stated, “This new administration has shut down Leesburg’s most popular Halloween House event. This was done under the claim that an inflatable is too much of a liability. However, Leesburg has seamlessly pulled of this event for the past eight years. Later, students performing in Leesburg SGA’s Battle of the Bands were required to carry insurance. Vendors who deliver goods would be required to have their car insurance checked before the delivery was made in case a student were to be hit in the parking lot. It is only a matter of time until this reaches the South Lake campus and affects not only SGA, but also all of our student organizations.  These new policies greatly interfere with the way both campuses have conducted events. The administration also has not communicated with the South Lake campus regarding these new policies, instead telling Leesburg SGA to notify the South Lake SGA. There is no dialogue with the students when communication with the students is a key factor to the success of our college.”

South Lake’s SGA officer Norah Emily stated, “My take on this whole situation, I think that administration is trying to look out for us, however I believe they are being a bit excessive with their decisions and final calls on things. It feels as though they are making decisions based on a fantasy world where we (SGA and the student body) have gotten hurt in the past; when our Reality World, none of us have gotten hurt and the majority of us are all safe adult students who know how to take care of ourselves and can hang out at event s and not get hurt. Administration is, in a sense, being overprotective parents and trying to make us live in a bubble wrap world. Instead of taking everything away like we did something bad; why don’t they just negotiate with us and come up with a compromise that we can both agree on?”
- November 01, 2017 No comments:
Email ThisBlogThis!Share to TwitterShare to FacebookShare to Pinterest
Newer Posts Older Posts Home
Subscribe to: Posts (Atom)