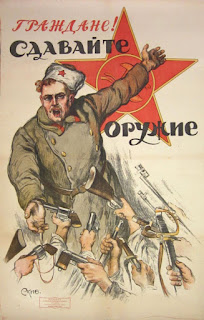 
In the aftermath of the horrific Parkland shooting, a student-led gun control group has sprung up, vilifying the NRA for lobbying politicians and attacking the private ownership of firearms in general. And whilst I find their activism understandable after going through a traumatic event, it is their beliefs and policies that have made many draw lines in the sand for the upcoming debate and legislation. However, in my perspective, I see that the gun control proposed by these student activists are not what America needs to lessen the bloody death toll of the United States’ shooting problem and are in grave violation of impending on the 2nd Amendment rights of United States citizens which as I will explain why I hold this position.


Let me clear, I’m no AR-15 totting Rambo-wannabe, but another American gunowner who sees a slippery slope that will not end until our 2nd Amendment rights have been revoked, and the very principle for why we even have such a right will be reveal like a brutal slap to the face. Principle, is something we often forget after such horrible tragedies, and reason follows with it. Which is promptly many unfortunately fall into a reactionary banter match that will make many a sigh as they watch the news or scroll through their social media feed. We have all seen in, the type of political mudslinging just as harsh as it was during the 2016 election with the roles of “Conservative” and “Liberal” being the monikers of these fights. We forget principle, we forget reasoning. We forget so often why have the 2nd Amendment, a principle that our forefathers understood after the 9 years of war and political upheaval. What can a citizen do to protect himself against a tyrannical government that impedes upon their rights? Well if the Minutemen or the hundreds of local colonial militias early in the war taught the revolutionaries of yore, it was that a citizen with a firearm is one of the greatest deterrents to tyrants. How can a King or even a President truly oppress citizens if they are armed? Send in the army, well then, you’ll get 1775 all over again. When a citizen has a firearm, you give them a tool whose power can smite an oppressor, who can end a foe. Our founding fathers just came out of war to end a tyrant’s rule, can you blame them for putting in our Bill of Rights that anyone could a own the very tool that forged their triumph over the British overlords. For a founder’s very view point read Federalist Paper 46 (https://www.congress.gov/resources/display/content/The+Federalist+Papers#TheFederalistPapers-46)


And in brief, if you believe that the Founders wouldn’t want citizens to own military grade firearms such the AR-15, which notoriously has been used in several major shootings, then why pray tell was the military-grade weapon of their time. A musket, a Brown Bess most likely or a rare Kentucky hunting rifle, both muzzle loading black powder firearms that often were on both side of the battlefield and one of the most commonly used set of firearms by most colonists. If we wanted to play the part of 21st century revolutionaries, I sincerely doubt the founders thought the government should have overwhelming firepower over the populace as if they and if so why didn’t they make it the “right to bare blades” as we try to end tyranny with a sword against their volleys of musket fire. No, the founders wanted the common citizen to own a firearm capable and able to fight a militarized oppressor with an equivalent firearm. It doesn’t take someone to read Orwell to know that if a government with overwhelming power over the citizen is not a good idea, look at the horrors brought from authoritarian governments such as the USSR or Nazi Germany to see what happens when a government turns on the people and the people don’t even have a weapon to fight back. The poster featured in this editorial, is 1918 propaganda from the USSR, demanding the deweaponization of their comrades whom many they turned on for being dissenters and the term 'Gulag' being made synonymous with their brutal repression of their citizens.


Now of course, I don’t believe inaction will fix this shooting problem, but neither will stiff gun regulation, are we honestly going to ban all assault rifles because a very minute contingent of insane individuals commits horrible acts. If that is not a true example of victimizing the law abiding to get to the deranged few, I don’t know what is. A deranged individual brutally slaughters people and you blame the weapon? Why not the person, the person who used a gun not for hunting, defense, or sport but abused laws to initially murder people. The mental state of someone who commits these disgusting acts would be the first thing we take seriously, why is it that someone would commit these barbarous acts were they neither mental health was not sound. A burglar will rob out of greed, but a murderer who kills a person without mercy is not a sane person. Mental illness in this country needs to be taken seriously, whether it is a bullied psychologically doped up teenagers like Parkland or Columbine, a delusional homophobic radicalized Muslim like Omar Mateen the Pulse Nightclub shooter or an abusive dishonorable discharged lunatic named Devin Kelly who perpetrated the Sutherland Springs church shooting with guns he shouldn’t have been able to own. Mental health is a multifaceted treatment for the multifaceted issue of shootings, but if we really want to stop someone from killing another or many you must go for their mental state. Medication, counseling, therapy, etc. that’s what will impact the shootouts and as for schools we also must make sure that bullying is not tolerated, no matter what they are being ostracized for even if that means a view or interest you don’t believe in.


In closing, I truly feel horrible like so many Americans when I see “shooting” being displayed on our morning news stations and hearing over and over for days on these tragic events. I hope however we appeal to reason and think rationally about what is best for the United States, and personally demonizing a gun is a regressive policy.


If you have an opposing viewpoint or wish to have a responding article published, please contact TheAnglerOnline@gmail.com, we here at The Angler greatly support your 1st Amendment rights and would love to hear your views.
- April 18, 2018
Email ThisBlogThis!Share to TwitterShare to FacebookShare to Pinterest
Labels: news, political