Keeping Up with Trump 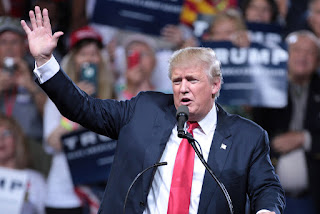 The following list contains approximately 60 Executive Memos and Orders that were all issued within President Trump’s first 5 days in office:

As one of his first official acts, President Trump declared his inauguration day to be a "National Day of Patriotic Devotion." The tradition goes back to President George H.W. Bush.

Trump's first executive order was as much a messaging document as a policy-making one, emphasizing the Trump administration to seek the repeal of the health insurance law known as Obamacare.

Memorandum for the Heads of Executive Departments and Agencies: Regulatory Freeze Pending Review

An immediate halt to the publication of any new regulations. The freeze lifts when Trump's nominees to lead agencies are confirmed by the Senate. The White House Office of Management and Budget may make exceptions for health, safety, financial, or national security matters.

Presidential Memorandum: Withdrawal of the United States From the Trans-Pacific Partnership Negotiations and Agreement

The Trans-Pacific Partnership, or TPP, was a 12-member trade pact of countries along the Pacific Rim. Trump's directive made it 11, formally withdrawing from the trade agreement.

The Mexico City Policy, known to critics as the global gag rule, was a Reagan-Bush policy that restricted the use of foreign aid money to support family planning organizations that promote abortion. Trump's memorandum reinstated that policy, which had been rescinded by Obama, but also vastly expanded it: The restriction now applies not just to the State Department and U.S. Agency for International Development, but now all federal funding. And the ban applies to all global health aid, not just family planning.

Most recent presidents have instituted some kind of hiring freeze, often just long enough for the president's new cabinet members to be confirmed so they can make their own hiring decisions.

The Obama administration scuttled the proposed 1,179-mile cross-border pipeline from Alberta to Nebraska, which Republicans had supported as a job-booster. Trump invited pipeline company, Transcanada, "to promptly resubmit its application," and ordered the Secretary of State to make a decision within 60 days, fast-tracking existing procedural requirements.

A separate order applied to the Dakota Access Pipeline, a 1,172-mile pipeline from North Dakota to Illinois. That project has been the subject of heated protests by American Indian groups and environmentalists. Because the pipeline crosses waterways, it needs approval from the U.S. Army Corps of Engineers, and Trump ordered the Army to "review and approve in an expedited manner" the permit. 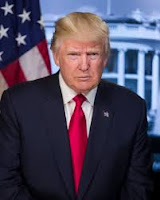 Trump asked the Secretary of Commerce to review ways to mandate the use of American-made steel in pipeline projects. for all new, expanded or retrofitted pipelines in the United States. The plan is due in six months.

The order sets up a new system to fast-track infrastructure projects. Under the executive order, any governor or cabinet secretary can ask for a project to be designated as high-priority. If the chairman of the White House Council on Environmental Quality approves, the project will go to the front of the line for any agency required to review and approve the project.

Under this order, the Secretary of Commerce will launch a review of manufacturing regulations with the goal of streamlining those rules. The secretary will seek input on the issue over the next 60 days, with a report to Trump containing specific proposals 60 days after that.

Trump proclaimed the week of Jan, 22 as National School Choice week. Though the proclamation was entirely ceremonial, Trump is the first president ever to proclaim this week, which is sponsored by a coalition of charter, magnet, private, online, and home schools.

This is the "build the wall" executive order, directing the Customs and Border Patrol to "secure the southern border of the United States through the immediate construction of a physical wall on the southern border." The order does not specify how the wall would be paid for, but does request a report on all U.S. foreign aid to Mexico over the last five years.

Executive Order 13768: Enhancing Public Safety in the Interior of the United States

Complementing the border wall, this executive order applies to immigration enforcement in the interior, and specifically targets so-called "sanctuary cities" by cutting off their federal funding. The order also expands the enforcement priorities in order to give immigration officers almost unlimited discretion in instituting deportation proceedings, to include any non-citizen not yet charged a crime but who, in the judgment of an immigration officer, poses a risk to public safety or national security.

Executive Order: Protecting the Nation from Foreign Terrorist Entry into The United States

Trump promised to keep "radical Islamic terrorists" out of the country, largely though a ban on entry from seven countries for 90 days. Those countries (Iran, Iraq, Libya, Somalia, Sudan, Syria and Yemen) are all majority Muslim, and the order allows an exception for religious minorities, which Trump said was to protect Christians there.

The presidential national security memorandum — a first-of-its-kind presidential directive — calls for a 30-day review of military readiness. It requires the Pentagon and Office of Management and Budget to come up with a plan to bolster the military, and calls for an examination of the nation's nuclear arsenal and missile-defense capabilities.

The order imposes a lifetime ban on administration officials lobbying foreign governments, and a five-year ban on other types of lobbying. But that ban covers only people who were lobbyists before they joined the administration, leaving a loophole for non-lobbyists, ethics experts said.

Every modern president signs an order early in his term reorganizing the National Security Council. Trump's order most notably added his chief political strategist, Stephen Bannon, to sit on the influential Principals Committee.

This memorandum calls for the Secretary of Defense, in consultation with other national security officials, to develop a plan within 30 days to defeat the Islamic State. The plan should include "recommended changes to any United States rules of engagement" as well as any diplomatic, financial or cyber measures the Trump administration can take.

The following Executive Memos and Orders were all issued within President Trump’s first 5 days in office. This list was compiled and published by Fox News:

An order directing the Treasury secretary to review the 2010 Dodd-Frank financial regulatory law.

A memorandum instructing the Labor Department to delay implementing an Obama rule requiring financial professionals who are giving advice on retirement, and who charge commissions, to put their client's interests first.

An order instructing agencies that whenever they introduce a regulation, they must first abolish two others.

A memorandum directing the Secretary of Defense to draw up a plan within 30 days to defeat ISIS.

An order to lengthen the ban on administration officials working as lobbyists. There is now a 5 year-ban on officials becoming lobbyists after they leave government, and a lifetime ban on White House officials lobbying on behalf of a foreign government.

An executive order imposing a 120-day suspension of the refugee program and a 90-day ban on travel to the U.S. from citizens of seven terror hot spots: Iraq, Iran, Syria, Libya, Yemen, Somalia and Sudan.

A memorandum calling for a 30-day review of military readiness.

Two orders reviving the Keystone XL pipeline and Dakota Access pipelines. He also signed three other related orders that would: expedite the environmental permitting process for infrastructure projects related to the pipelines; direct the Commerce Department to streamline the manufacturing permitting process; and give the Commerce Department 180 days to maximize the use of U.S. steel in the pipeline.

An order to reinstate the so-called "Mexico City Policy" – a ban on federal funds to international groups that perform abortions or lobby to legalize or promote abortion. The policy was instituted in 1984 by President Reagan, but has gone into and out of effect depending on the party in power in the White House.

A notice that the U.S. will begin withdrawing from the Trans-Pacific Partnership trade deal. Trump called the order "a great thing for the American worker."

An order imposing a hiring freeze for some federal government workers as a way to shrink the size of government. This excludes the military, as Trump noted at the signing.

An order that directs federal agencies to ease the “regulatory burdens” of ObamaCare. It orders agencies to “waive, defer, grant exemptions from, or delay the implementation of any provision or requirement” of ObamaCare that imposes a “fiscal burden on any State or a cost, fee, tax, penalty, or regulatory burden on individuals, families, healthcare providers, health insurers, patients, recipients of healthcare services, purchasers of health insurance, or makers of medical devices, products, or medications.”