Travel ban. This phrase alone has been enough to make people’s blood boil. For those avoiding the political fray recently, here’s a low-down on what this phrase signifies.

According to CNN, President Trump issued an Executive Order on January 27th stating immigration from seven Middle Eastern countries be halted, effectively immediately for 90 days, while Syrian refugees are barred indefinitely. The President’s focus is on improving our nation’s security. On February 9th, a federal appeals court ruled this ban be overruled. 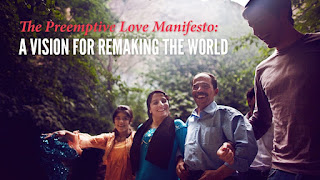 Opinions differ on this issue. Garrison, a freshman, doesn’t believe the ban was a racist action against Muslims. For others, this discussion hits home. Dyandra, a 21-year-old at South Lake campus, has been told there’s a good chance her stepmother with a green card could be detained in Colombia.

However, there are credible sources showing that ISIS plans to infiltrate other countries by posing as refugees; wherein The Washington Post reports it has happened in Europe.

What can we do? Let’s put aside our differences and stop these politically charged attacks.

Let’s have a civil discussion and care for those running for their lives like the Syrians who are being taken advantage of by ISIS. So while Washington figures out a solution, let’s shift our focus away from our political agenda and toward those really in need.

According to the Preemptive Love Coalition, it is possible to have compassion for refugees, while also wanting to protect our country. It’s not an either-or choice. Let’s show those in need that we still care.

Find out more or donate at http://www.preemptivelove.org/the_preemptive_love_manifesto

- February 14, 2017
Email ThisBlogThis!Share to TwitterShare to FacebookShare to Pinterest