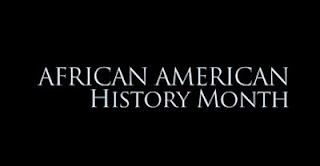 The second annual African American Read-In came and went this past Wednesday, February 1st, and by all definitions, it was a smashing success. The event was presented on both the Leesburg and Southlake campuses and featured African American fiction, non-fiction, and poetry.

Toni Upchurch, the host of the event on the South-Lake Campus, said she wanted it to be a chill, relaxed, coffee house-like environment. While the feeling of the room was very inclusive, speakers delivered their messages with the passion of Civil Rights champions. The air conditioner was blowing hard and made the room quite cold, but the audience's goosebumps came from the feelings inspired by the performances. South-Lake student, Giancarlo Osorio stole the show with his reading of Barack Obama’s 2008 Inaugural Address, "A More Perfect Union." Shawn Simms, also a South-Lake student, said in regards to the speech, "[i]t spoke to me." Other highlights included Toni Upchurch who felt this event had to include Martin Luther King Jr's "Letter from Birmingham Jail," and Professor Kennedy who performed five different pieces of literature, one completely from memory. The whole event was well received. Aimee Lewis had this to say about the experience,"[l]ots of black history isn't represented; it's been swept to the side. Black Literature doesn't get as much exposure. Hopefully, events like this will help bring that to light and change some perspectives." Despite the fact that Aimee Lewis doesn't plan to be at Lake Sumter next semester, she still plans on attending this event next year, and she's bringing friends. I don't suspect she'll be the only one.

Amber Karlins hosted the Leesburg campuses’ African American Read-In and reported a successful event,“[a]pproximately 50 students and faculty members gathered together to read a variety of seminal works from the African American literary canon. There was something deeply hopeful and encouraging about seeing so many people from all walks of life come together to share in a literary tradition that celebrates perseverance, courage, the fight for justice, and the triumph of the human spirit.”

Both events were well received and did a fantastic job in celebrating African-American culture while highlighting unity. The third annual African American Read-in will have some pretty high expectations as this past one has set the bar pretty high.